Sunset Community Centre – located on Main St near East 49th Ave – has programs for all ages and abilities.

We offer childcare, preschool classes, as well as out-of-school care. We also have multi-purpose rooms, a fitness centre, playground, and dance studio.

We are associated with nearby Sunset Rink and Moberly Arts and Cultural Centre.

For information about the Recreation Programs, Preschool, After School Care and Fitness Centre please call our front office during office hours at 604-718-6505 ext 1. or e-mail us at sunsetcc@vancouver.ca

For more information about the Moberly Art and Cultural Centre, please call 604-718-6521. 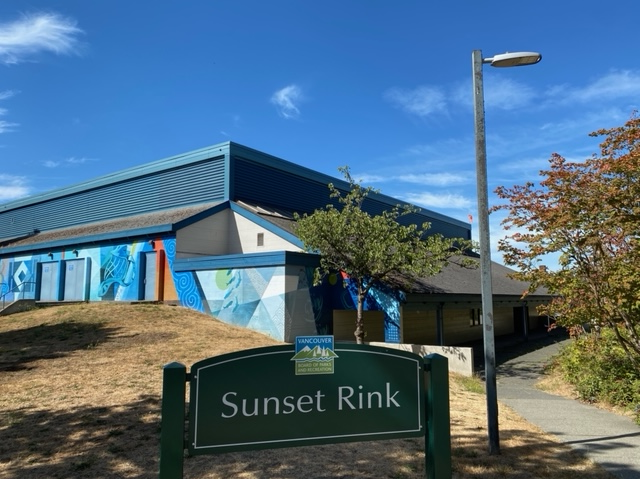 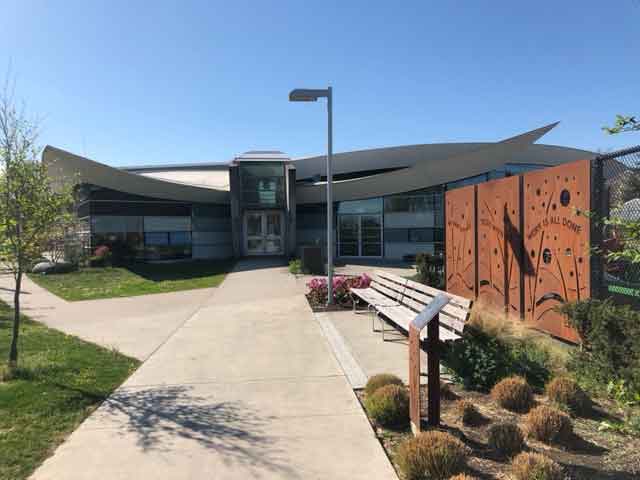 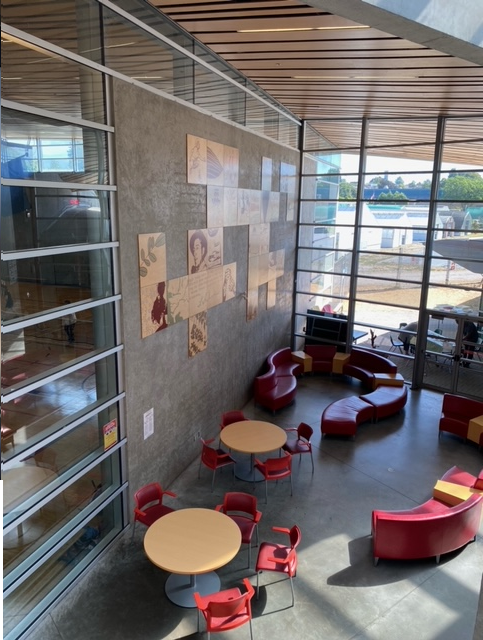 In 1945, the people of Sunset had a vision to build a new community centre. They started by forming a Community Association with the task of creating a new recreation facility in South Vancouver. How could the association raise another $100,000.00 when it took two years to raise $25,000.00? The community needed to do something big.

Stan Thomas, President of the Sunset Association in 1947, was sent to Hollywood California to convince Bing Crosby to stage his radio show in Vancouver as a benefit for the construction of Sunset Community Centre.

Bing Crosby was the most famous celebrity of his time selling #1 records, starring in popular Hollywood movies and he had the most listened to radio program in North America.

Imagine Stan Thomas stepping into his car one rainy October morning to ask this internation superstar to come to Vancouver for a benefit fundraiser.

What do you think Bing’s response was? Yes!

On September 21, 1948 the Bing Crosby Radio Show came to Vancouver and over $26,000.00 was raised in one performance. Following the program, the City of Vancouver contributed the remaining amount and Sunset Community Centre was built.

The people of Sunset are a people with a vision. They take risks and they acheive their goals.

Today, Sunset Community Centre is over 50 years old and and has just been replaced in 2007, with a new structure 2 blocks east on the Park Board’s Nursery lands along Main Street between 51st and 53rd Avenues.

→Download PDF publication on the history of Sunset Community Centre

On November 15th, 2004 the Park Board approved the proposal for construction of our new community centre. The Federal and Provincial Government have made funding commitments of $2 million each and the balance of funds will come from the Municipal Government.

The new 30,000 square foot facility will be built on Main Street. Bing Thom Architects presented the design for the new Sunset Community Centre which will be built to LEED standards to ensure energy efficiency. The design features an expanded gymnasium, fitness centre, assembly room and other program spaces.